Astronomy, of all the sciences, is perhaps the most wide-ranging in its content and in its implications. It embraces such topics as the origin and evolution of the planets, stars, galaxies and the whole universe; the conditions for the origin of life on earth and elsewhere; the behaviour of matter in environments never experienced on earth, and in general, the influence of the universe on mankind's thinking down through the ages. Due to its breadth, it has always formed a valuable part of a general education.

After completing your first year, you'll be asked to confirm what program(s) you wish to study – your Programs of Study. They can be integrated in unique ways to obtain your U of T degree, but must be one of the following three combinations: one Specialist; or two Majors; or one Major and two Minors. You don't need to worry about that now, but if you'd like to learn more about this process, watch our handy video (7 min).

You apply to an admission category, which is a collection of similar programs. Once you've accepted an offer of admission to our campus, we go into greater detail about specific program and course selection options.

At the end of your first year, you will choose your program(s), which means that your first year is an excellent opportunity to explore the full breadth of offerings.

Regardless of what you study, remember that you will receive a prestigious University of Toronto degree when you graduate that tells everyone that you are ranked among the best in the world!

The admission average is calculated with English (ENG4U) plus the next best five Grade 12 U or M courses. Meeting these minimum requirements does not guarantee you admission to the University. Admission is subject to space availability and competition.

The content in this section is based on requirements in the Ontario curriculum.

Find requirements to other common curricula:

Please visit the Admissions section of our site for full requirements.

Lessons in the stars: Astronomers bring the cosmos into your home

If you are searching for homeschooling activities or looking to try a new hobby during the pandemic, now might be the perfect time to turn your gaze toward the heavens as the weather gets warmer. From planets and stars to galaxies and the cultural importance of the night sky, there’s a fascinating universe waiting to be explored.

Professor Patrick Gunning, a medicinal chemistry researcher at the University of Toronto Mississauga, whose novel methods may significantly improve how we treat the deadliest types of cancer, has made 2017's list of Canada’s Top 40 Under 40.

Hot, unpredictable and deadly - From the edge of volcanoes to the front of the …

Something unexpected is happening at U of T Mississauga. The ground has started to rumble with increasing frequency, shaking buildings, rattling desks and leading to mounting concern and confusion.

Courses You Would Love

This course explores the astrophysics of planets, Sun and stars, including their observed variety, structure, formation and evolution.

The analysis of vibrating systems and wave motion, introducing mathematical techniques such as complex numbers, eigenvalue problems, and Fourier series. Topics include: travelling waves; propagation of electromagnetic waves in materials.

An introduction to equilibrium thermodynamics with application to ideal and non-ideal systems: covering the concepts of work and heat, the laws of thermodynamics, internal energy, enthalpy and entropy, the chemical potential, and states of matter.

Whether you want to land your dream job, conduct groundbreaking research, or start your own business, we can get you there. Here are resources to help you explore your career options.

Created by our Career Centre, the Careers by Major database identifies some potential career fields, how to gain related skills and experience, and useful resources and job samples. But always remember, your program of study doesn't have to determine your career!

Program Plans are quick and accessible overviews of the many academic and co-curricular opportunities available to help you get the most out of your UTM experience.

The Career Centre offers dozens of tip sheets with helpful information about topics related to searching for work, planning your career, and pursuing further education.

View to the U: An eye on UTM research

View to the U is a podcast that features U of T Mississauga faculty members from a range of disciplines who will illuminate some of the inner-workings of the science labs and enlighten the social sciences and humanities hubs at UTM.

On this episode, Professor Kent Moore talks about his research, which investigates climate change, using theoretical, computational, and observational techniques to understand the dynamics of the climate system, and he also studies the impact that weather has on human physiology and performance.

Learn More About this Program

Other Programs to Consider 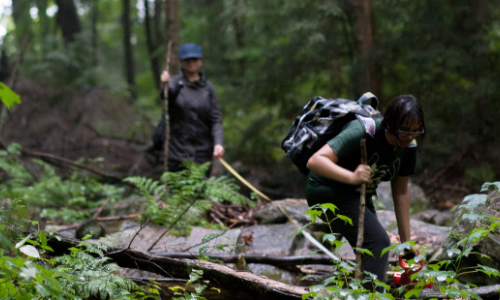 Earth Science is the discipline that studies our planet and all of its natural environments. Our program offers training in both critical streams of Earth Science: Resources & Tectonics and Earth, Climate & Life. Through our program, students become well equipped to understand the causes and consequences of radical shifts already underway in Earth’s climate system. Addressing modern climate change requires an understanding of the underlying physics and chemistry of the earth-climate system, as well as knowledge of how climate and life have co-evolved in the past. 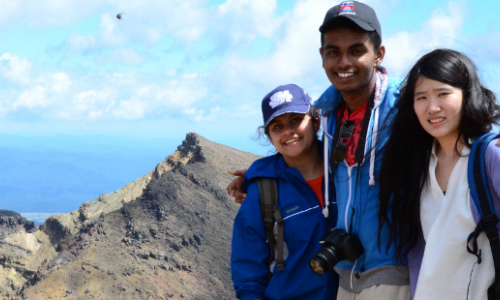 Geology is the discipline that studies our planet and all of its natural environments with an emphasis on the field and laboratory study of the Earth. This program is recommended for students wishing to pursue careers in the resource industries or graduate studies in Geology. The extraction of Canada’s mineral and petroleum wealth contributes billions to the Canadian economy, directly employing nearly a million workers. Our department has longstanding relationships with these industries.